Your name in korean writing chart 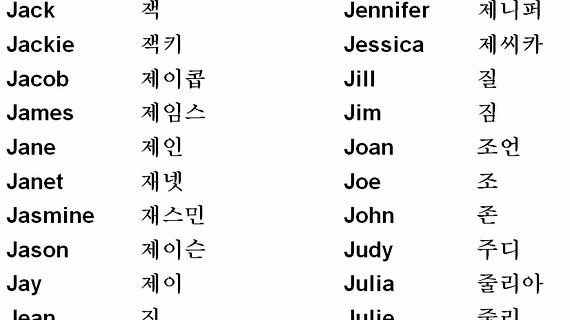 In a Korean dictionary, what would be the order of words? Believe it or not, you already know the answer. The alphabetical order!

Unlike in English dictionaries, however, words in Korean dictionaries are sorted based on their first consonant. How about words that start with a vowel? Here is the trick: there is a special symbol for a zero sound consonant. So, even when a word is pronounced starting with a vowel, in the written form, it starts with the zero sound consonant, followed by the sounded vowel. The zero sound consonant looks like the figure zero. (The similarity is merely an interesting coincidence, however. The Korean alphabet was invented in the 16th century, hundreds of years before the Arabic numerals were first introduced to Korea.) One has to be careful, though, because the same Korean letter O signifies the /ng/ sound when it comes at the end of a syllable.

A friend of mine said she figured out how to tell Korean texts from Chinese or Japanese � only Korean has the character O. And she is right.

Here is an example. It’s a Korean phrase meaning How are you?

If this looks hopelessly complicated – it’s not! Let me walk you through step by step. First of all, what did you notice graphically? Yes! You are a keen observer � there are five aggregates or clusters of letters. Korean is written in clusters of letters rather than strings of letters as in English. Each cluster corresponds to one syllable.

Now, let’s go one step further. Can you count how many parts (component letters) each cluster has? Do they all have two? Three? As you can see (or will see), the first two clusters in the example above have 3 parts each, and the 3rd, 4th and 5th clusters consist of only two parts each. 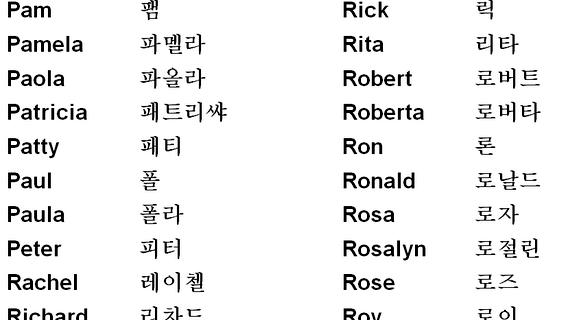 A Korean syllabic cluster has either 2 or 3 letters in it.

The basic structure of a cluster looks like this:

Some syllables don’t have the last consonant and simply end with a vowel. In such a case, the cluster doesn’t have a pedestal, and the cluster looks like this:

If you scroll up and revisit Korean How are you?, you may recognize that the first two are C-V-C clusters and the rest are C-V clusters. If you can’t see it easily, that’s because you haven’t seen individual letters in Korean alphabet yet. It’s time to learn Korean consonants and vowels.

The Korean alphabet has 14 basic consonants and 10 basic vowels. So, there are only 24 letters to learn. Yes, that’s two less than the English alphabet. (In addition to these, there are some obvious mix-and-match compounds � these will be explained shortly.)

Take a look at the Korean alphabet by clicking the links in the table below.

Look at the 14 basic Korean consonants. They are easy to learn, as each has a distinct shape and there is a fairly good one-to-one match between them and the English consonants. There are of course exceptions, as you would expect for any language.

How about the vowels? At first glance, some Korean vowels may look very similar. But, if you invest a few minutes of your time, you can easily tell them apart. If you need help in training your eye for Korean vowels, click this link.

You just learned that some Korean vowels are written on the right side of a consonant, whereas some are written underneath a consonant. Is there a rule for this? The key is the shape of the vowel.

– If the overall shape of the vowel is vertical ,
it is placed on the right side of the preceding consonant.

– If the overall shape of the vowel is horizontal .
it is is placed underneath the preceding consonant.

When you write a Korean cluster, you always write the first consonant first, then the vowel, and finally, the pedestal (final consonant), if there is one.

Let’s revisit the phrase that we have seen.

Now you can pronounce the whole phrase: ahn-nyung-hah-seh-yo?
This is the most common greeting that you can use in any occasion, at any time of the day.

At this point you may ask: Where should I put the accent? Well, here is the thing. Korean words and sentences generally have no stress points. You can simply pronounce these five syllables more or less monotonously. Some Korean dialects spoken in rural provinces have strong ups and downs and strict rules for applying these stress points. But the language spoken in the region of Seoul (the standard Korean language) is almost free of stress points. In fact, the more monotonously you utter a Korean sentence, the more sophisticated it would sound to Korean ears. So, stress is one thing you don’t need to worry about. Don’t you think this makes Korean easy to learn? After all, you’ve just mastered one Korean phrase — that’s wonderful.

If you followed (and possibly reviewed by scrolling up and down a few times) what has been explained so far, you should be able to write your name in Korean. Do you need some practical help? O.K. here are some common English first names written in Korean alphabet. Please remember that the phonetic correlation between English and Korean is pretty good but not perfect. As such, there can be several different ways to write English names in Korean alphabet; and the Korean rendition that you will see here is by no means the only version. By clicking the following links, you agree that you won’t use these names for any official or legal purposes. 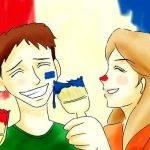 Writing a love story for your girlfriend 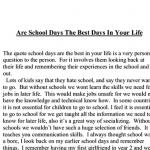 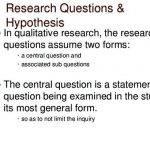 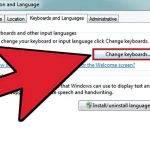 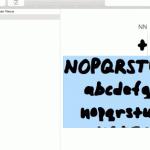 Change my writing into a font