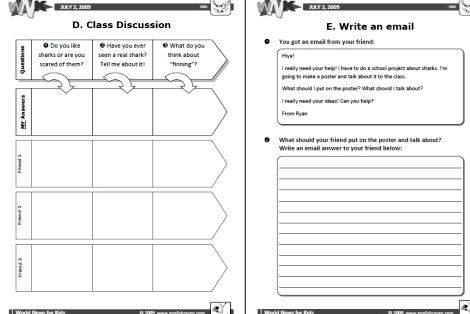 Dexter Desrosiers, a senior at Falmouth High School, works at digging up a forsythia bush on campus during an elective Food, Culture and Literature class on Tuesday in Falmouth. Buy Photo

During the last period of the day, as some students eagerly await the final bell, members of Mark Melnicove’s humanities class at Falmouth High School were outside with their hands and wheelbarrows full.

“I didn’t know you could compost leaves,” one senior student said after working for an hour in the school orchard, composting, mulching and putting garlic to bed.

Although “weeding is a hassle,” another admitted, the English class relished the opportunity to step away from desks and dig in the dirt.

Armed with clippers, loppers and shovels, Melnicove’s food, culture and literature students are doing more than pruning forsythia bushes and wintering crops with hay. By working in their school’s orchard, where apples, Concord grapes, blueberries and raspberries grow, they are helping their fellow classmates eat healthy and giving their digital tools a break. They are able to connect with the earth while enabling the school, which receives their fresh bounty in the cafeteria, to become more self-sustaining. In the process, these 17-year-olds are learning new ideals.

“I am not wasting as much food,” said senior Charlie Woolsey, who like most students in this class is reaping what he sows.

Schools across Maine and the country are allowing students to drop their backpacks, step away from their desks to plant seeds, transfer crops and understand the inner workings of science, ecology, math, the economy and even literature through farming.

A national program run by the USDA, Farm to School is flourishing. It encourages schools to buy local or start their own farms. The benefits are many. According to a recent USDA census. 75 percent of participating schools that responded report an uptick in school lunch programs. They spend less because they are buying local, receive greater support from parents and the community and cut food waste because local food is tastier and fresher.

“It’s a learning laboratory,” said Falmouth Superintendent of Schools Geoff Bruno, who added that he is proud each school in town has its own garden plot. In November, the district breaks ground on a greenhouse so hands-on education can thrive all year.

“It’s an authentic way to learn … [and] connects to their curriculum, certainly in STEM education,” Bruno said. “Students are interested in going green. It’s fascinating work.”

In Maine, farm to school is more of a philosophy than a mandate.

“It’s very grassroots and not well funded in Maine,” said Renee Page, assistant director of Healthy Communities of the Capital Area, who coordinates the state’s farm to school network.

The main pillars in farm to school participation include school meals sourced locally, agriculturally based education in the classroom, campus gardens and greenhouses.

But as detailed in The Atlantic this month. challenges remain. Sourcing locally takes time, and students don’t always gobble up greens just because they are grown by a neighbor or classmate.

Like roots of a tree, silently spreading, schools such as Good Will-Hinckley in Hinckley and Troy Howard Middle School in Belfast have grown and sourced their own food for years. As these programs continue to expand, and tallying food miles becomes prominent, the schools are adding more resources, expanding positions and building greenhouses on school grounds.

At Troy Howard Middle School, every student in grades six through eight enrolled in the school’s ecology academy gardens once per week.

“They do everything from starting seedlings to taking care of them to harvesting,” Dave Wessels, the school’s garden coordinator, said. His task is constant: “How do we cover the learning goals and standards in a hands-on way?”

The school’s garden project teaches geometry skills through mapping and measuring plots in real life and scaling it down on paper. Students glean business and marketing skills by running a farmstand four days per week. They sell seeds and produce at the Belfast Co-op and have learned to cook in a wood-fired oven. Heirloom seed varieties, handed down from generation to generation, teach social studies.

So far this year, 650 pounds of produce has been funneled to the school’s cafeteria.

“We might hit 1,000 pounds with all the winter vegetables,” Wessels said.

The school pays market price for the quality produce grown right outside its door. Money raised is used for garden tools, seeds and to run the produce business side. The Belfast Co-op buys winter greens from the school, and students sell heirloom seeds and local beans.

The greenhouse erected in 2006 has become an educational touchstone.

“Everything happens in the garden; it’s an amazing place to learn about ecology because it has an ecosystem,” Wessels said. “Kids that have trouble with those STEM subjects inside do better outside. Science and engineering sounds daunting, but hands-on garden is grounding. It’s a lot of fun.”

The College of the Atlantic in Bar Harbor brought a group of teachers and faculty from remote island schools to witness how Troy Howard embeds agriculture into its curriculum.

“All of them are interested in the whole farm to school movement,” he said. “It makes it relevant to what we are teaching.”

Another byproduct of farm to school, is fewer students are turning their noses up at things such as Brussels sprouts.

“When kids grow their own vegetables, they are going to try it,” Wessels said, adding that cooking, “a hugely valuable skill,” is part of the program. Students cook on an ancient earthen wood-fired oven they helped build. Grants from the Belfast Garden Club and other community members and groups help maintain the project.

When students enter the program at age 11, many think food comes from a supermarket.

“Several high schoolers come back to visit the gardens and say, ‘This program changed my life,’” Wessels said. “By the time they’ve graduated, they’ve done weeding to harvesting to cooking it up.”

“Farm to school is less a trend,” LaCasse said, and more “a conscientious decision and philosophy.”

In October, LaCasse helped run the Maine Farm to School Network conference, and 150 people attended. Though funding is scarce, LaCasse, the new farm to school representative for the state’s central district, believes that the more agricultural education is practiced the better.

“Spending dollars locally will increase the local economy. We are going from a few small pockets doing their own thing to a broader reach across the state. It’s not just making a relationship with your farmer next door,” LaCasse said.

It’s nurturing the next farming generation.

In Falmouth, where large homes break up former farmland, that message is spreading.

The high school orchard has been tended to by hundreds of students.

“It started out as a community service project,” said Melnicove, who took over a nondescript patch of grass outside the school and cultivated it in 2003.

“This is so much better. It’s not school,” Dexter Desrosiers, 17,said while digging up a forsythia plant in the sun. “I am doing something that’s worth doing.” 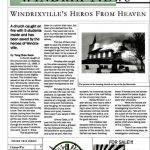 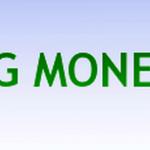 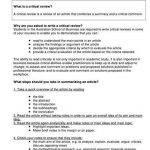 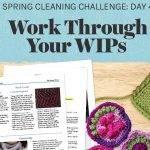 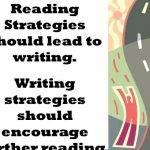 Articles on reading and writing