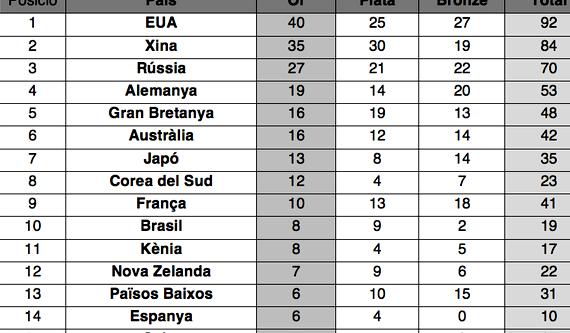 Cécile Riallant is a migration and development expert with 18 years of experience in this line of work. She is currently managing the Joint Migration and Development Initiative (JMDI), a global UN/IOM inter-agency programme administered by UNDP focused on reinforcing the role and positioning of local authorities, including cities, in linking migration and development. She joined the International Organization for Migration (IOM) in 2000, after three years of working as a researcher. She has managed for IOM numerous programmes and projects in the field of migration with geographical scope in the Great Lakes (Africa), Afghanistan, the Balkans and Europe. From 2005 to 2008, she was Deputy Chief of Mission of the IOM Mission in Indonesia, working to support populations internally displaced by the 2004 tsunami in North Sumatra. She is a member of the Editorial Board of Migration Policy Practice, of the International Steering Committee of Metropolis, of the International Steering Committee of the civil society component of the Global Forum on Migration and Development and a contributor to the 2015 World Migration Report on Migrants and Cities. 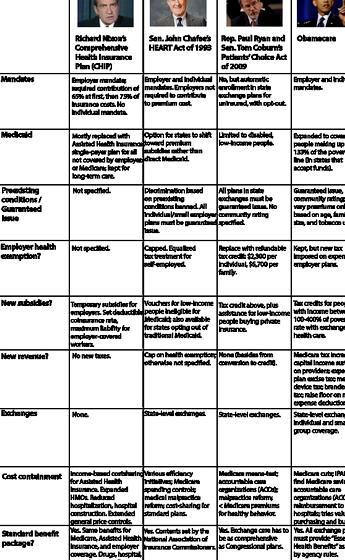 Ms. Irvine is a knowledge management expert with 7 years of professional experience in migration, development and human rights. She started working as a course coordinator and tutor with a Human Rights Institute before going on to lead the project development and implementation unit of an Ecuadorian diaspora based health programme, providing labour insertion support to refugees and asylum seekers, and working in decentralized cooperation at regional government level, all of which in Spain. Ms. Irvine then went on to work directly in the implementation and monitoring of migration and development programmes in Tunisia and Egypt while also providing programme coordination support, project development and research services with IOM.

Since August, 2014, Ms. Irvine has been the knowledge management expert of the Joint Migration and Development Initiative with UNDP, responsible for the coordination and management of knowledge and good practices from the JMDI projects and supporting the policy work carried out by the JMDI to promote the local dimension of migration and development. Ms. Irvine possesses a Joint Honours MA in Hispanic Studies and French with Italian and Catalan at the University of Glasgow, Scotland; a Master in European Policy and International Development Cooperation; a Master in Immigration, Co-Development and Public Participation and a diploma in Forced Migration and Human Rights from the United Nations University for Peace.

Ms. Maria Antonia Gasperini graduated as an architect from the School of Architecture and Urban Planning at the National University of Tucuman, Argentina in 1994. Between 1995 and 1996, she was an assistant professor in the courses “Urban Planning I” and “Urban Planning II” at the School of Architecture and Urban Planning at the Catholic University of Salta, Argentina. She later worked as a consultant for the German Agency for Technical Cooperation (GIZ) in Bolivia on the topics of “Food security” and “Regional Rural Development and Natural Resource Management in Latin America’. In 1999, she entered the Philipps-University of Marburg, Germany for her postgraduate studies. Simultaneously, she continued working for GIZ in Germany on the topics of “Land tenure of informal settlements in big cities in developing countries”, “Alternative development against drugs”, “Gender-responsible development of land tenure” and “Land tenure rights of indigenous people in Latin America “. From 2003 to 2007, she worked in Ecuador for GIZ on “State Modernization” and “Risk Management of Natural Disasters” among others. She joined IOM in Costa Rica beginning of 2016 and has been working on migration related issues.

Ms. Moreno is a sociologist who has worked with human mobility related issues since 2001, when she carried out her dissertation research on the consequences of migration in a woman’s grass root organization in Quito. She worked for over six years for the Jesuit Refugee Service in Ecuador, with Colombian refugees and forced immigrants, as well as with Ecuadorian families whose relatives had migrated, where she gained experience through education and integration programs, advocacy work and the strengthening of refugees and immigrants organizations. In 2007 she carried out research work on the electoral process of Ecuadorian migrants abroad, sponsored by the Latin-American Institute of Social Investigation – Friedrich Ebert Stiftung (ILDIS- FES), which was then published by the Ministry of Justice and Human Rights as part of a compendium of papers regarding migration and human rights. In 2008 she participated in Ecuador’s Constituent Assembly as Advisor for the Representative of Ecuadorians in Europe, where she contributed to the inclusion of human mobility issues, rights and guarantees within the Political Constitution, adopted that year. Throughout 2009 and 2010 she worked for the Technical Secretariat of the IV World Social Forum on Migration, which took place in Quito, in October 2010. Ms. Moreno then worked for Save the Children, coordinating projects related to trafficking in human beings and children in contexts of human mobility. When she worked at the former National Migration Secretariat in 2013, she contributed to drafting the National Equity Agenda for Human Mobility, which defines public policy on the matter and the rights to equality and non-discrimination, aimed at an effective and comprehensive inclusion of people in human mobility. She is currently JMDI’s Focal Point in Ecuador. Ms. Moreno possesses a Master in Immigration, Research and Social Intervention, from the “Pontificia Universidad de Comillas” (Madrid).

Ms. Alicia Chávez has worked extensively on local economic development processes, and coordinating projects that seek inclusion of women and youngsters, while preventing migration and delinquency. She also has five years of experience in fields such as research, data collection and analysis for municipal diagnoses, organization of youngster’s associations, businesses incubation, and organizational and entrepreneur development of young men and women. She has extensive experience in the identification, formulation, management and monitoring of economic development projects and programs with emphasis on migration, youth and gender, in El Salvador. She obtained a bachelor’s degree in Business Administration with focus on management at the Ave Maria University, Latin American Campus in Nicaragua. In 2014, she obtained a Master’s degree in Development Policies and Practices from the Graduate Institute of International and Development studies of Geneva, Switzerland.
Key topics. local economic development, entrepreneurship, migration and development; inclusion of women and youngsters, development as an alternative for migration, business incubation.
Languages spoken. English; Spanish.

Hind Aïssaoui Bennani is specialized in sustainable local development. Before integrating the JMDI, she has supported a Swiss organization for designing, coordinating, implementing and monitoring local energy strategies, acting as a Policy advisor for Moroccan municipalities. Before this experience in the sustainable energy field, she has worked as an independent journalist and sustainable rural development advisor, with a particular focus on rural law, supporting the rights of small farmers in the Southeast of France and in Morocco. Born in 1977, Hind Aïssaoui Bennani is Moroccan and French. She lives in Rabat.

Prasuna Saakha is JMDI focal point in Nepal with over seven years of experience in the field of migration. She joined IOM Nepal in 2009 and since then she has been working on a range of labour migration issues with particular focus on return migration, remittances and development also engaging the private sector in Nepal. She has been overseeing a large scale research on Migration, Remittances and Development, covering 31 randomly selected districts of Nepal supported by KOICA and IOM Development Fund. The research aims to assist the Government of Nepal and relevant stakeholders in developing policies and project interventions to more effectively harness the link between migration and development. She holds a Bachelor degree in Development Studies from Kathmandu University in Nepal and a Master of Science in Gender and Development Studies from Asian Institute of Technology in Thailand.

Golda Myra Roma is currently the Philippine Focal Point for the global programme Joint Migration and Development Initiative Phase II implemented by the United Nations Development Programme. From 2002-2012, she worked as the Director for Policy, Planning and Research Division of the Office of the President-Commission on Filipinos Overseas. In her unit, she was responsible for the preparation and implementation of programs and activities, as well as drafting of bills and policy papers relevant to overseas Filipinos and Philippine migration. From 2007-2010, she headed the Secretariat for the Presidential Task Force Against Human Trafficking and the Presidential Task Force on NCLEX and nursing competitiveness. She was the Associate Editor of the Filipino Ties and other CFO publications. She also worked for the United States Agency for International Development’s Office of Economic Development and Governance from 2012-2013 as project management and development specialist with a thematic focus on judicial and electoral reforms, anti-trafficking in persons, CSO capacity building, and conflict mitigation and management. Atty. Roma is a graduate of AB Political Science and Bachelor of Laws degrees (with honors) from Saint Louis University in Baguio City, Philippines where she also worked as Associate Professor from 1995-2001. She also taught at De La Salle University-College of St. Benilde from 2004-2010.

Mr. Yvain Bon is a field officer who has been working with migration and development projects for three years with UNDP and IOM in Tunisia and Senegal. He is currently the Focal Point for the Joint Migration and Development Initiative in Senegal after working with Assisted Voluntary Return and Reintegration programmes with migrants returning to and from Tunisia. He has ample experience interacting with various stakeholders from the national to the local level, project management and implementing capacity building activities for local actors. Mr. Bon holds a degree and master in international cooperation and economic development from the Institute for Political Studies of Toulouse, France. His Master dissertation focused on co-development discourse and practices in France.

Mr. Sophiane Mehiaoui is currently the Tunisian focal point for the global program Joint Migration and Development Initiative. He has extensive professional experience in local governance and development. Previously, he worked for seven years as Volunteer and Area Manager in Morocco with UNDP in the framework of the ART Initiative (Articulation of Territorial Networks for Sustainable Human Development). He was in charge of supporting work groups, promoting partnership and managing development projects in the field. Mr. Mehiaoui possesses a master degree in Public Law from the Aix Marseille University (France) and he holds a Master in International Relations – Multilateral Cooperation and Local Development, from Seville University (Spain). 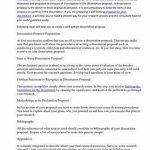 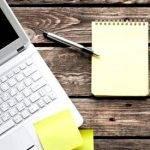 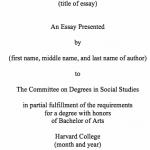 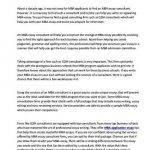 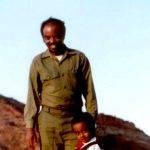