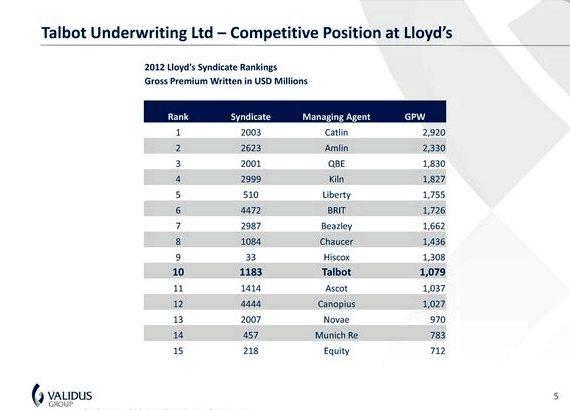 We have established written procedures for the review of transactions between us and any company affiliated with funds managed by any of our sponsors or any other company in which our officers or directors have a material interest. We refer to a company in which one of our sponsors has a material interest as a “portfolio company.” Any such transaction must be reviewed and approved by our management or the management of the operating subsidiary entering into the transaction, and the terms of such transaction should be arm’s-length or on terms that are otherwise fair to the Company. Any such transaction will also require prior approval of the audit committee, except reinsurance assumed transactions with a portfolio company that senior management have determined are ordinary course. Furthermore, the effect, if any, of such a transaction on the independence of any director will be considered.

The employers of or entities associated with certain directors or their affiliates have purchased or may in the future purchase insurance and/or reinsurance from the Company on terms the Company believe were and will be no more favorable to these insureds than those made available to other customers.

Certain members of the Company’s management and staff have provided guarantees to 1384 Capital Ltd, a company formed to indirectly facilitate the provision of Funds at Lloyd’s (“FAL”).

For a description of relationships and transactions between us and our shareholders, our founder, our sponsoring investors and their related persons, see “Compensation Committee Interlocks and Insider Participation.” 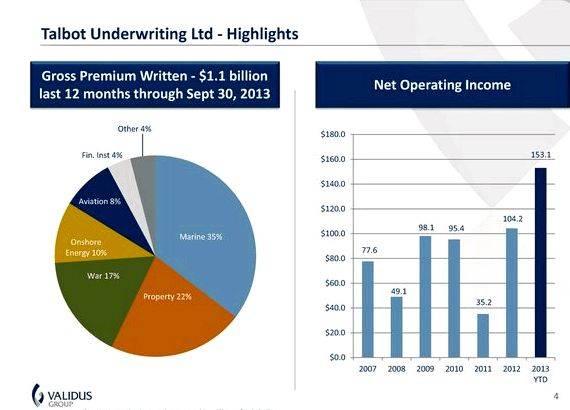 The Company believes that all of its officers, Directors and beneficial owners of more than 10% of its Common Shares filed all of such reports on a timely basis during the year ended December 31, 2007 except that each of Messrs. Consolino and Mercer have filed a Form 5 to report shares purchased by him at the time of the IPO because a Form 4 was inadvertently not filed, Messrs. Belfatti and Dill each inadvertently filed one late Form 4, and Goldman Sachs inadvertently filed one Form 4 late.

DETAILED BELOW IN ITEMS I THROUGH III ARE THE MATTERS SCHEDULED TO BE VOTED ON AT THE ANNUAL GENERAL MEETING TO BE HELD ON MAY 7, 2008:

For purposes of this proposal I, the term “Company” shall mean Validus Holdings, Ltd. and its subsidiaries. 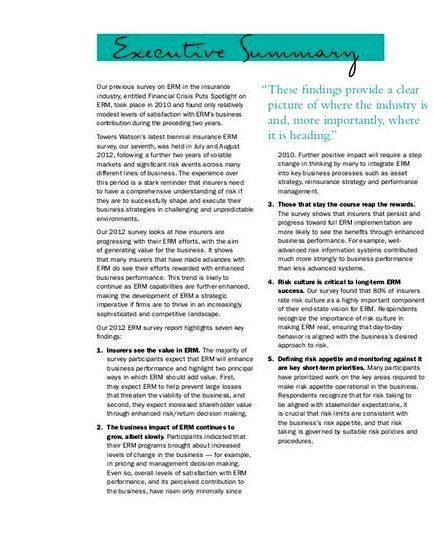 Unless authority is withheld by the Shareholders, it is the intention of the persons named in the enclosed proxy to vote for the nominees listed below. All of the nominees have consented to serve if elected, but if any becomes unavailable to serve, the persons named as proxies may exercise their discretion to vote for a substitute nominee. The name, principal occupation and other information concerning each Director are set forth below.

Your Board of Directors recommends that Shareholders vote FOR the nominees.

Nominees for Whom Proxies Will Be Voted

Nominees for Class I Directors for terms to expire in 2011:

Matthew J. Grayson . age 46, has been a Director of the Company since its formation in October 2005. He also serves as a senior principal of Aquiline. Mr. Grayson has 24 years experience in the financial services industry. In 1998, following a career in investment banking, corporate finance and capital markets, Mr. Grayson co-founded Venturion Capital, a private equity firm that specialized in global financial services companies. In 2005, Venturion Capital’s professionals joined with Jeffrey W. Greenberg, along with others, to form Aquiline. Mr. Grayson serves on the board of Structured Credit Holdings Plc and serves as the temporary President of Tygris Commercial Finance Group. In 2007, Structured Credit Holdings successfully completed a scheme of arrangement in the Irish High Court with its creditors.

Jean-Marie Nessi . age 58, has been a Director of the Company since its formation. He also has served as the head of Aon Global Risk Consulting at Aon France since October 2007. Mr. Nessi served as Chairman and CEO of NessPa Holding from January 2006 to September 2007 and as the head of the property and casualty business unit for PartnerRe Global, a subsidiary of PartnerRe SA, from 2003 to January 2006. He was appointed Chairman of PartnerRe SA in June of 2003. Prior to PartnerRe, Mr. Nessi led AXA Corporate Solutions, the successor company to AXA Ré and AXA Global Risk.

Mandakini Puri . age 48, has been a Director of the Company since its formation. She also serves as a Senior Vice President with Merrill Lynch Global Private Equity, where she is the Chief Investment Officer. Ms. Puri has been part of Merrill Lynch’s private equity business since 1994, prior to which she was a Director in the High Yield Finance & Restructuring Group at Merrill. Ms. Puri joined Merrill Lynch in 1986. Mr. Puri is a member of the board of directors of PSi Technologies Holdings, Inc.

Directors Whose Terms of Office Do Not Expire at This Meeting

Sander M. Levy . age 46, has been a Director of the Company since its formation. He also serves as a Managing Director of Vestar Capital Partners, a private equity investment firm based in New York which manages over $7 billion of equity capital, and was a founding partner of Vestar Capital Partners at its inception in 1988. Mr. Levy is currently a member of the board of directors of Symetra Financial Corporation, Wilton Re Holdings Limited and Duff & Phelps, LLC.

George P. Reeth . age 51, has been President and Deputy Chairman of the Company since its formation and has senior operating and distribution responsibilities. Mr. Reeth, who has 30 years experience in the insurance and reinsurance industry, was a senior executive with Willis Group Limited from 1992 to 2005 and was chairman & chief executive officer of North American Reinsurance Operations for Willis Re Inc. from 2000 to 2005. Prior to Willis, Mr. Reeth was executive vice president at Wilcox, Inc. Prior to Wilcox, Mr. Reeth was a senior professional with E.W. Payne Intermediaries from 1986 to 1988 and with Intere Intermediaries, Inc.

Alok Singh . age 53, has been a Director of the Company since its formation. He also serves as a Managing Director of New Mountain Capital, a private equity investment firm based in New York which manages over $7 billion of equity capital. Prior to joining New Mountain Capital in 2002, Mr. Singh served as a Partner and Managing Director of Bankers Trust from 1978 to 2001. In 2001 he established the Corporate Financial Advisory Group for the Americas for Barclays Capital, and led the group until 2002. Mr. Singh is non-executive chairman of Overland Solutions, Inc. and a director of Apptis, Inc. Deltek, Inc, and Ikaria Holdings, Inc.

Christopher E. Watson . age 57, has been a Director of the Company since its formation. He also serves as a senior principal of Aquiline, which he joined in 2006. Mr. Watson has more than 33 years of experience in the financial services industry. From 1987 to 2004, Mr. Watson served in a variety of executive roles within the property & casualty insurance businesses of Citigroup and its predecessor entities. From 1995 to 2004, Mr. Watson was president and chief executive officer of Gulf Insurance Group, one of the largest surplus lines insurance companies in the world. Mr. Watson served as a senior executive of AIG from 1974 to 1987. Mr. Watson is also a director of Group Ark Insurance Holdings Ltd. a Bermuda-based underwriter of insurance and reinsurance risks in the Lloyd’s market.

Edward J. Noonan . age 49, has been Chairman of our Board and the Chief Executive Officer of the Company since its formation. Mr. Noonan has 27 years of experience in the insurance and reinsurance industry, serving most recently as the acting chief executive officer of United America Indemnity Ltd. (Nasdaq: INDM) from February 2005 through October 2005 and as a member of the board of directors from December 2003 to May 2007. Mr. Noonan served as president and chief executive officer of American Re-Insurance Company from 1997 to 2002, having joined American Re in 1983. Mr. Noonan also served as chairman of Inter-Ocean Reinsurance Holdings of Hamilton, Bermuda from 1997 to 2002. Prior to joining American Re, Mr. Noonan worked at Swiss Reinsurance from 1979 to 1983.

Jeffrey W. Greenberg . age 56, has been a Director of the Company since its formation. He also serves as the managing principal of Aquiline, which he founded in 2005. Mr. Greenberg served as chairman and chief executive officer of Marsh & McLennan Companies, Inc. from 2000 to 2004. From 1996 to 2004, Mr. Greenberg was the chairman of MMC Capital, the manager of the Trident Funds. He previously served as a director of Ace, Inc. Previously, he served as a senior executive of AIG, where he was employed from 1978 to 1995. Mr. Greenberg is also Chairman of Group Ark Insurance Holdings Ltd. a Bermuda-based underwriter of insurance and reinsurance risks in the Lloyd’s market.

John J. Hendrickson . age 47, has been a Director of the Company since its formation. He is also the Founder and Managing Partner of SFRi LLC, an independent investment and advisory firm (formed in 2004) specializing in the insurance industry. From 1995 to 2004, Mr. Hendrickson held various positions with Swiss Re, including as Member of the Executive Board, Head of Capital Partners (Swiss Re’s Merchant Banking Division), Co-Founding Partner of Securities Capital, a private equity firm, and Managing Director of Fox-Pitt Kelton, Swiss Re’s Investment Banking Subsidiary. From 1985 to 1995, Mr. Hendrickson was with Smith Barney, the U.S. investment banking firm, where he focused on serving the capital and strategic needs of (re)insurance clients and private equity investors active in the insurance sector. Mr. Hendrickson has served as a director for several insurance and financial services companies, and, in addition to the Company, currently serves on the board of CX Reinsurance Company Limited and Tawa PLC.

Stuart A. Katz . age 38, has been a Director of the Company since January 2007. He also serves as a Managing Director of each of Goldman, Sachs & Co. and the general partners of GS Capital Partners, the primary vehicles through which The Goldman Sachs Group, Inc. conducts its privately negotiated equity investment activities. Mr. Katz joined the Goldman Sachs Principal Investment Area in 1996 and worked in the London office from 1997 to 1999. Mr. Katz is a member of the board of directors of Capmark Financial Group and Triad Holdings LLC. 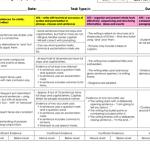 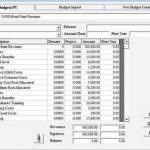 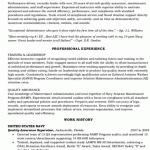 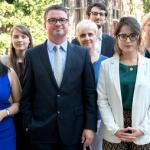 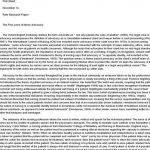