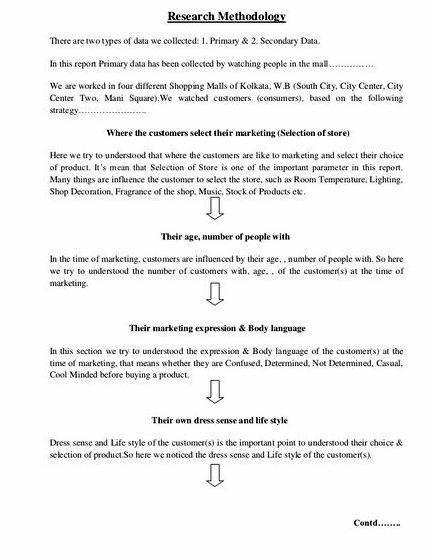 Objective of the Study

This paper is an attempt to find the variables/factors that affect Impulse Buying. It seeks to probe into the nature and extent of impulsive buying consumer behaviour. This is followed by a series of studies conducted to empirically identify the underlying phenomenon behind the impulse buying.

Consumer behavior is analyzing the when, why, how, and where of a person buying/not buying a product. It aims to gain an understanding into the buyer’s decision making process, both as individuals as well as in groups. It deciphers the characteristics of individual consumers such as demographics and behavioral variables so as to understand what people want. It also assesses how groups such as family, friends and society in general influence consumers (Sandhusen, Richard L, 2000).

Marketing strategies of the firm are based upon needs of the consumer which they analyze on the basis of consumer buying behavior. Therefore analysis of consumer buying behavior plays a very important role in the firm’s strategy. Consumer looks for the value addition and satisfaction while purchasing any product. For e.g. when a customer wants to buy a Camera he may look for picture quality, zoom factor, megapixel range, brand name, feasibility of using the camera and various other features. Consumer would also compare the product with other competitor’s product and in the end would purchase only that product which will give them value for their money and great customer satisfaction. This requires a marketing strategy to acquire the customer mind space. The entire process focuses on the Consumer Behavior.

A study conducted in the year 1997 concluded that approx $4.2 billion annual store volume was generated by impulse sales of items such as candy and magazines (Mogelonsky, 1998) Marketing and consumer researchers over the years have tried to grasp the concept of impulse buying and defined this terminology in their own perspectives, for which some concepts are discussed here.

In conclusion to a research conducted by Cobb and Hoyer (1986), impulse buying was defined as an unplanned purchase. In another research, it was reported that impulse buying usually takes place, when a consumer feels a forceful motivation that turns into a desire to purchase a commodity instantly Rook (1987). Beatty and Ferrell (1998) defined impulse buying as instantaneous purchase having no previous aim or objective to purchase the commodity. Stern (1962) found that products bought on impulse are usually cheap.

(2) A subjective bias in favor of immediate possession (Rook Gardner, 1993)

It is described as more arousing, less deliberate, and more irresistible buying behavior compared to planned purchasing behavior. Highly impulsive buyers are likely to be unreflective in their thinking, to be emotionally attracted to the object, and to desire immediate gratification. These consumers often pay little attention to potential negative consequences that may result from their actions (Hoch Loewenstein, 1991)

The phenomenon of impulse buying may involve, (a) a feeling of excitement or euphoria or great pleasure – this is usually the most prominent emotion that a consumer feels, (b) an unexpected and unprompted urge to make an immediate purchase of something which attracts the consumer, (c) a powerful and tempting pressure that is strong enough to dominate all other judgment, and (d) to completely disregard the possibility of the purchase resulting in detrimental consequences, which might lead to regret. (Geoff Bayley and Clive Nancarrow, 1998)

Highly impulsive buyers are likely to be unreflective in their thinking, to be emotionally attracted to the object, and to desire immediate gratification (Hoch Loewenstein, 1991; Thompson et al. 1990). These consumers often pay little attention to potential negative consequences that may result from their actions (Hoch Loewenstein, 1991; Rook, 1987; see also O’Guinn Faber, 1989).

As per the social constructive approach, there exists an integrative model that complements the existing economic theory by analyzing why consumers tend to buy a particular item instinctively at a given point of time. It states clearly that only those products are likely to be purchased under impulse that bear a direct link to the individual’s self –image concerns as compared to simple utility items. (Dittmar, 1996)

3.1 What Causes Customers to Buy on Impulse?

Impulse purchase is defined as an event where a shopper makes a spontaneous purchase – an item that he/she hadn’t planned to buy when they began their shopping task. According to a study conducted on Impulse buying online, out of every 30 people 10 people purchased products they didn’t plan to buy. The paper researched about consumers buying online, and found that people looking for products by clicking categories were more likely to buy on impulse than people searching for the products online. The basis is that consumers browsing through categories get exposed to a much greater span of products than consumer looking for products through search. (User Interface Engineering; What Causes Customers to Buy on Impulse?)

The product which attracts attention is more likely to get purchased as a result of impulse buying (Annette Elton, 2008). The product should not require clarification. Another important donor to successful impulse product is the aptitude for the customer to have a personal association to a product. Due to this reason customized cards, mugs, and T-shirts etc work as best impulse buying products. Companies place these products in such a fashion that consumers are bound to look at the products and instant connection with the product ultimately results in buying.

Price also plays as an important factor when it comes to impulse buying. Lot of people goes for impulse buying just because some products were on discount. Special deals to premium customers or clearance sale at the end of the season also contributes in impulse buying.

Impulse buying can be understood by this simple example. In our case study let’s name our consumer A and he needs

Grocery for the month.

Now when A wants a television set he is less likely to go for an impulse purchase, as it involves a cash flow of significant amount of money. Therefore he will make the purchase according to the traditional consumer buying behavior process. He will set a budget; find various television sets that fit in the budget, evaluate his options and finally go for the purchase.

On the other hand when the same person wants to shop for grocery for the month, he may have a list but contrary to that list he is most likely to add products to his list which he didn’t want to purchase in the first place. In this case the design of the outlet plays a very important role in this kind of purchases. Shopkeepers or retail stores keeps products which are high on impulse purchase like chocolates, stationery, etc near the billing counter as consumer are bound to look at them and make impulse purchase.

Impulse buying could be considered as a case of dominant emotional arousal that motivates one to buy. The desires that arise when a consumer comes in contact with the product, resulting in sudden urges are to buy the product which undermines all other rational thinking. Different people can have different emotional reactions to the same event and hence have different impulses they feel when buying a product.

Emotions are an important aspect in making an impulsive purchase. In most cases impulse buying is related to the feelings one associates with the experience that the purchase signifies. The attributes of certain products may trigger a stimulation that may urge the consumer to make an impulse purchase.

There is another factor which contributes to impulse buying that is the presence of others during a purchase. By others it means people accompanying a shopper to shop, they maybe friends, family, etc. People who shop with a companion are more likely to have an impulse buy than people who shop alone. Take an example of a kid shopping with his mother. The mother may not have chocolates on her buying list, but she may be influenced to make an impulse purchase if the companion, in this, case the kid argues to buy one.

According to The Yankee Group, the top reasons people make impulse purchases are: special sales prices, free shipping, and holiday or seasonal promotions. Their survey found out that only a very few impulse purchases are a consequence of promotions. This finding implies that shoppers aren’t really aware of the reasons why they impulse shop. 75% of survey respondents indicated that a special sale price would motivate them to make a spontaneous purchase. The second most influential factor was free shipping (49% of respondents). (Yankee, 2000)

It is expected they make impulse purchases based on price.

A shopping experiment was conducted with 30 consumers. They were given money to spend on purchases and asked to visit websites to purchase the products that they wanted. Their spending patterns were observed.

While a number of people bought what they had come to buy, it was found that a large number went against their pre-determined plans and went for impulse buys.

34% of the items added to shopping carts were impulse buys.

39% of the amount spent by these shoppers was on impulse buys.

This research study clearly demonstrates that there exists a weak association between consumer lifestyle; pricing and post-decision stage of consumer’s purchasing behavior with the impulse buying behavior including the attitudinal as well as behavioral aspects of the consumers buying behavior.

Get expert help from our experienced team of qualified UK academics 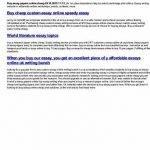 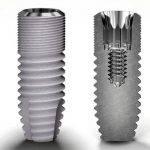 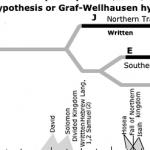 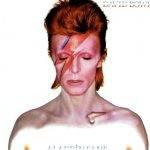 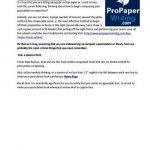