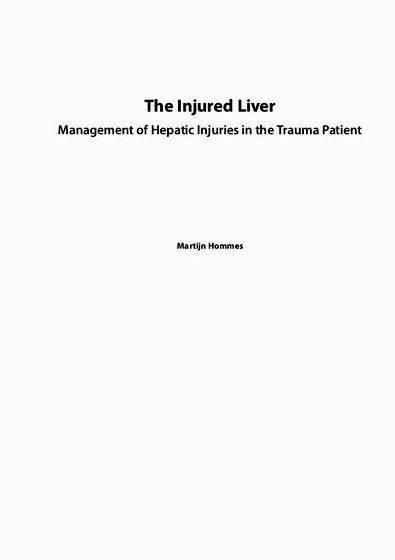 Non-traumatic gut perforation is an uncommon yet fatal entity especially in the developing world. 1 Across the globe, surgeons from developing nations encounter non-traumatic perforations of the small intestine frequently 2 and the etiology of such perforations are clearly different from developed nations. 3 These etiologies mostly include typhoid, tuberculosis and non-specific gut perforations.4 These perforations result in peritonitis which is difficult to manage as patients usually present late and in critical condition. Peritonitis might result in multiple organ failure secondary to septicemia and results in death if not treated vigorously. 4 Despite aggressive management, the morbidity and mortality is significant.

With the advent of asepsis and anesthesia, laprotomy became the timeline in management of perforation peritonitis. The surgical management of perforation described in literature includes primary double-layered closure,5 segmental resection and anastomosis and primary Ileostomy/colostomy. 6, 7 The burden of postoperative complications is high and includes wound infection, wound dehiscence, enterocutaneous fistulae, Intra-abdominal abscess, chest infections, dyselectrolytemias, renal failure, incisional hernias, sepsis, stoma related complications and death as reported in the literature. 8 Gupta and Kaushik in their review advocated the usage of loop Ileostomy as the best surgical procedure because the diseased gut is edematous and might result in poorer outcomes when anastomosed. 9

Get your grade
or your money back
using our Essay Writing Service!

Exteriorization of the gut is also called stoma formation, defined as an artificial opening formed in the intestine to divert its content to the exterior where it can be collected in an external appliance.10 Types of stoma includes: tube ceacosotmy (rarely performed now a days), colostomy and ileostomy as the major types.11 Although stoma formation is usually considered as lifesaving procedure in highly contaminated and septic abdomen secondary to typhoid and tuberculosis, there remains appreciable morbidity associated with stoma.12 Stoma surgery has great influence in patient daily life. 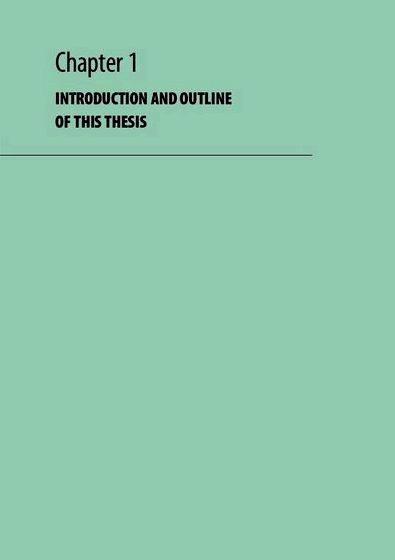 Stoma complications include ischemia, retraction, prolapse, stenosis, peristomal hernia and fistula, ileostomy diarrhea, skin irritation and ulceration, bleeding and diversion colitis. All temporary stomas need to be closed later on. This procedure also has many complication associated with it.13

The management of Intestinal perforation is itself cumbersome and the associated post-operative complications impose significant burden on the budget of health care sector of the developing nations. We aim to assess the outcome of exteriorization of intestines in Non-traumatic Intestinal perforations in our set up.

This prospective observational study was done in the Department of Surgical Emergency from June 2010 till July 2011 at Dow Medical College, Dow University of health sciences, Karachi, Pakistan. During this period, all patients who presented with the acute abdomen were subjected to History, Physical examination and Investigation (HPI). On the basis of HPI, the diagnosis of perforation was made. In this period, 49 patients were included who were greater than 12 years and presented within 48 hours of symptoms with no traumatic incident leading to perforation. All patients were actively resuscitated and were given the antibiotic coverage with third generation cephalosporin and metronidazole in Injection form. Nasogastric tubes were applied and foley’s catheters were put. After written informed consent regarding surgery and its complications, 44 patients underwent explorative laprotomy. 5 patients left against medical advice. The findings at laprotomy, site of perforation and site of stoma was noted. The fluid was collected for Culture and Sensitivity. We resected part of diseased gut and exteriorize that part in a stoma and stoma bag was applied over it. Patients were followed for stoma complications and after 6-8 weeks stomal reversal done and post-reversal complications noted.

All data was analyzed by statistical package for social sciences (SPSS; ver. 17.0). Frequencies and percentages were computed for various variables along with meanÂ±SD for age.

30 patients were found to have jejunum, ileum, ceacum or colon perforation per-operatively. The data for other 14 patients was not included in analysis that had perforations of sites other than jejunum, ileum, ceacum or colon. The age ranges between 12 and 80 years. 22 patients were male (73.3%) and 8 were female (26.7%). The presenting symptoms in decreasing order of frequency were Abdominal pain (30 patients), Fever (22 patients), Vomiting (20 patients) and Constipation (15 patients). The signs on examination were following; Dehydration (28 patients), Tenderness (30 patients), Guarding and rigidity (30 patients), Distension (23 patients), Hypotension (27 patients), Tachycardia (28 patients), Rectal tenderness on Digital Rectal exam (9 patients). Investigations showed Hemoglobin 7 mg/dl in 9 patients, between 7 and 9 mg/dl in 16 patients and 9mg/dl in 5 patients. Leukopenia in Electrolyte imbalance were as follow; hyponatremia in 19 cases, normonatremia in the rest of individuals. Hypokalemia was seen in 17 patients and normokalemia in rest of individuals and hypochloremia in 20 patients and normochloremia in rest.

The Peritoneal fluid analyses in 21 samples reveal E.Coli, Pseudomonas aeruginosa in 3 and E.coli with mild Candidal growth in 2 patients. In 3 patients the cultures yield no growth. As far as wound cultures are concerned, the most common organism was E.coli that was present in 8 cases, Pseudomonas aeruginosa in 3 cases, Klebsiella species in 1 followed by mixed flora in 1 and citrobacter freundii in 1 patient.

The Antibiotic sensitivities for peritoneal fluid culture were as follow; Imipenem. Piperacillin/Tazobactum, Aminoglycosides and Colistin and Polymixin were sensitive in all 27 isolates, Ceftazidime in 7 isolates (3 P.aeruginosa and 4 E.coli isolates). Penicillin group was resistant in all isolates. No sensitivity was noted for ceftriaxone, ciprofloxacin and Levofloxacin.

As far as Wound Infections were concerned the antibiotic sensitivities were as follow; Imipenem, Piperacillin/Tazobactum, Aminoglycosides and Colistin and Polymixin were sensitive in all 14 isolates. Ceftazidime was sensitive in 4 isolates (Klebsiella and P.aeruginosa). No isolates were sensitive against ceftriaxone, ciprofloxacin and Levofloxacin.

Postoperative complications were found in 18 patients, wound infection in 14, chest infections in 5, Wound dehiscence in 1, Sepsis in 1, fecal fistulas in 4, stoma related complications in 5 and death in 2.

Post stoma reversal complications were seen in 2 patients who developed the incisional hernia.

Small bowel perforation is not uncommon. The time of presentation as well as onset of symptoms is the best predictors of prognosis. With early presentation primary repair of perforation holds the best prognosis but in our setup where the time of presentation is usually late patients present with sepsis and even with multiple organ failure therefore primary repair doesn’t hold better prognosis. Peritonitis secondary to the perforation of gut is most frequently encountered emergency by the surgeons all over the world. Its incidence is, however, reduced in western countries, but in Asia and Africa, it remains a significant health problem. The incidence of intra abdominal sepsis secondary to hollow viscus perforation is quite high in our part of the world, particularly Pakistan, India, Bangladesh and Srilanka.

Early management in the form of Resuscitation, Antibiotics and Early Surgery has reduced the mortality to less than 10%. Evidence is accumulating that early surgical interventions result in better outcomes. Which surgical procedure is best is still the matter of debate and depends upon the surgical expertise, type of perforation and general condition of the patients. Various surgical procedures have been quoted in literature like primary double-layered closure, segmental resection and anastomosis and primary Ileostomy/colostomy. Previous studies have shown that primary repair when compared with exteriorization carry higher rates of postoperative complications, more mortality and longer length of stay at hospital.

It was observed during review of literature that recent studies regarding perforation peritonitis were found from Asia and Africa as compared to the west where the spectrum, etiology and outcome of gastrointestinal diseases were quite different from eastern world.

In eastern countries, Typhoid and Tuberculosis topped the list among etiologies. Colorectal perforations are rare and are mostly associated with trauma. Perforations secondary to inflammatory bowel disease or neoplastic lesions are commonly encountered among the western world surgeons. Since the resurgence of HIV, tuberculosis has also been seen among the recent literature of western world.

There was male preponderance in our study with male to female ratio of 3:1. This was consistent with previous studies done for abdominal tuberculosis and Typhoid perforations.

This essay has been submitted by a student. This is not an example of the work written by our professional essay writers.

Examples of our work

The Peritoneal fluid analysis in 21 samples reveal E.Coli, Pseudomonas aeruginosa in 3 and E.coli with mild Candidal growth in 2 patients. In 3 patients the cultures yield no growth.

Most common post-operative complication was wound infection that was present in 14 patients. This is consistent with findings from other studies. The most common organism was E.coli that was present in 8 cases, Pseudomonas aeruginosa in 3 cases, Klebsiella species in 1 followed by mixed flora in 1 and citrobacter freundii in 1 patient.

Patient should undergo the rapid volume repletion in suspected intra-abdominal infection after viscus perofration and this repletion should be more aggressive in patients with Sepsis or Septic Shock. Antibiotic should be administered as soon as the patient is received in Emergency as delaying the initiation of antibiotics might result in poorer outcomes according to one study but latest guidelines by Infectious Diseases Society of America recommends the initiation within 8-12 hours of presentation. Infections derived from the small bowel especially the distal segments contain Gram negative organisms and the most common isolate is E.Coli as reported in literature similar to the findings of our study.

Stoma formation has been recommended by many authors especially for contaminated abdominal cavities the other potential advantage is that it decreases the intra-abdominal pressure that results in less abdominal bursts. In Our study we found less mortality in patients who were managed with exteriorization procedures. Since the most common post operative complication was wound infection we can even decrease this with strict asepsis techniques. In our setup we prefer the usage of Imipenem or Piperacillin/Tazobactum in order to prevent the septic shock in such patient as well as the risk of impending death.

Conclusion: The Exteriorization procedure is simple yet safe procedure provided that patient should be managed well postoperatively so that risk of complications should be minimal.

If you are the original writer of this essay and no longer wish to have the essay published on the UK Essays website then please click on the link below to request removal: 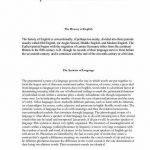 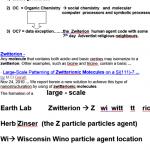 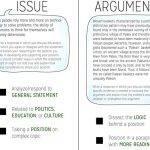 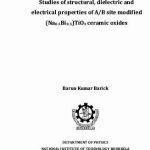 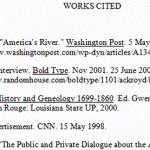