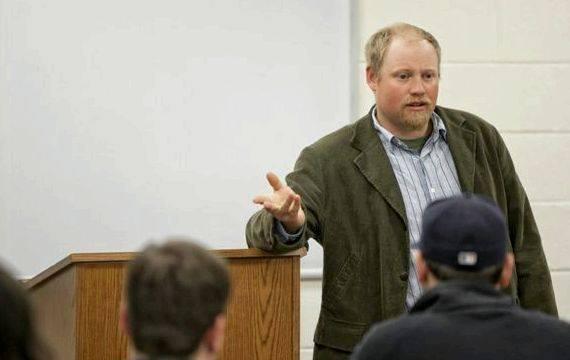 These former students, featured in our brochure, illustrate some of the varied accomplishments of MIT Economics alumni.

Ben Bernanke (Ph.D. 1979) is the Chairman of the Federal Reserve Board. Prior to entering public service, he compiled a stellar record as a scholar and teacher in the field of monetary economics. Bernanke wrote his doctoral dissertation on the implications of uncertainty for investment and the dynamics of the business cycle under the supervision of Stanley Fischer, Rudiger Dornbusch, and Robert Solow. He taught at Stanford’s Graduate School of Business for several years before joining the Princeton faculty, where he remained until 2002. Bernanke’s research focused on the role of monetary policy in affecting economic activity, and on the historical analysis of the causes of the Great Depression. In addition to his research activities, he was department chair at Princeton from 1996 to 2002, editor of the American Economic Review, co-author of two textbooks, and director of the Monetary Economics Program at the National Bureau of Economic Research. Between 2002 and 2005, Bernanke served as a Governor of the Federal Reserve Board. In 2005 he succeeded Greg Mankiw (Ph.D. 1983) as Chairman of the President’s Council of Economic Advisers. Later that year, President Bush nominated him to succeed Alan Greenspan as Chairman of the Federal Reserve Board. He has served as Chairman of the Federal Reserve Board since February 1, 2006.

Dennis W. Carlton received his Ph.D. from the MIT Economics Department in 1975. After serving on the MIT faculty for one year, he joined the University of Chicago faculty where he has been, in various capacities, ever since. 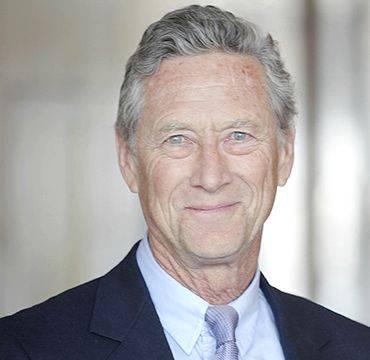 Carlton was a member of the Economics Department faculty from 1976 until 1980, and a member of the University of Chicago Law School faculty from 1980 to 1984. In 1984, Carlton became a professor at the Chicago Graduate School of Business. He is a leading expert in industrial organization, and is well known for his theoretical and empirical examinations of demand uncertainty, price rigidity, and his wide ranging work in antitrust economics including most recently work on tie-in sales. He and fellow MIT graduate Jeffrey Perloff (Ph.D. 1976) are the co-authors of Modern Industrial Organization, a leading textbook in that field. In 1977, Carlton became associated with and eventually became president of Lexecon, an economics consulting firm that today has more than 100 employees and is one of the nation’s leading litigation support firms. Carlton has recently put his industrial organization expertise to work in a policy-making context. He was the sole economist to serve on the Antitrust Modernization Commission, a twelve member Congressional commission that issued a major report on reexamination of the antitrust laws. In 2006, he became the Deputy Assistant Attorney General for Economic Analysis in the Antitrust Division at the Department of Justice. He is responsible for supervising the Division’s economists and for providing research to support the antitrust activities of the Justice Department. 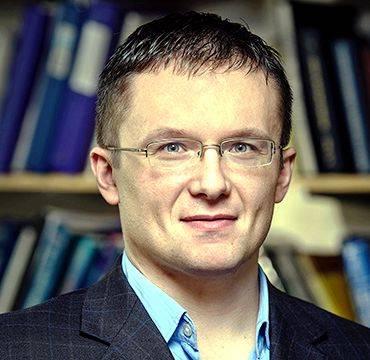 from the MIT Economics Department in 1990. From 1990 to 1994 he worked as an economist in the research department of the International Monetary Fund. He then returned to Chile where he served from 1994 to 1997 as the Coordinator of Economic Policy at the Ministry of Finance. From 1997 to 2000 he was a Professor and head of post-graduate studies at the Center of Applied Economics at the Universidad de Chile. In 2000, he entered the government, simultaneously occupying three cabinet positions as minister of Economy, Mining, and Energy, and also serving as Chairman of the Board of the publicly owned mining companies. In 2001 he was named to the board of the Central Bank of Chile. In 2003 he became Vice-Governor, and then in 2007 became the Governor. He retains his position as a Full Professor at the Universidad de Chile, and also served as the president of the MIT alumni club of Chile.

Gregory D. Hawkins is the Chief Risk Officer for Global Real Estate and Mortgages at Citigroup. He received his S.B. from the MIT Economics Department in 1976 and a Ph.D. in Financial Economics from the Sloan School of Management in 1982. He began his career as a faculty member at the University of California, Berkeley, and then left academia a few years later for a position at Solomon Brothers. There he served as Managing Director and co-head of the Fixed Income Arbitrage area. He left Solomon to become a founding partner of Long Term Capital Management in 1993 and in his years at LTCM oversaw strategies in the U.S. mortgage market, Japanese fixed income and convertibles, Asia, and emerging markets. In between his time at LTCM and his time at Citigroup he spent four years at Caxton Associates. In his current role at Citigroup he has dealt with issues of investment strategy and valuation for a significant portion of Citigroup’s balance sheet and has been instrumental in evaluating proposals related to the financial crisis both in terms of their impact on Citigroup and on the financial sector more generally. He also remains involved with MIT: he served on the economics department’s visiting committee from 1998 to 2004 and recently hosted an alumni breakfast for our department.

Maha Ibrahim received her Ph.D. in Economics in 1997. After graduating from MIT, Maha became a management consultant with the Boston Consulting Group and then with Price Waterhouse. She subsequently held numerous executive-level roles at Qwest Communications, including Vice President of Business Development and Vice President of eBusiness and Internet Operations. Maha joined Canaan Partners as a General Partner in March 2000 and focuses on digital media, networking and wireless investments. In this position she works with a wide range of entrepreneurs to help build innovative companies from the ground up. She has served as a judge for startup competitions at Web 2.0 Expo, Digital Living Room and Under the Radar. She was recently awarded the prestigious 40 Under 40 Award from the Silicon Valley Business Journal, and she currently sits on several boards of private companies.

Grace Koo received her S.B. in Economics in 1992. She has pursued a career in financial services with a particular emphasis on the design and trading of securities. Koo joined Bankers Trust immediately after graduation and spent two years trading interest rate and foreign exchange derivatives for corporate clients. She joined Credit Suisse in their financial products division in 1995, and managed their London derivatives desk for five years. In 2001, she returned to New York, where she is a Managing Director in Credit Suisse’s Investment Banking Division. Her responsibilities include structuring derivative transactions for the largest hedge funds, asset managers, and financial institutions in North and South America. Grace serves as a member of the Board of Trustees of the Credit Suisse Americas Foundation. She is also on the Board of Directors of Madison Square Park Conservancy and City Harvest, two non-profit organizations. She is actively involved in MIT Alumni activities in New York City.

Don Layton (S.B. and M.S. ’72) is currently the CEO of E*Trade, the well-known online trading firm. After receiving his MBA from Harvard in 1975, he began his career as a trainee at Manufacturers Hanover, then the fourth largest commercial bank in America. Drawing on his quantitative training from MIT, he became the head of trading and treasury, and oversaw a tremendous growth in that group during a very dynamic time for the firm and the industry in general, adding supervision of the international business later. He left this position in 2002 to run the consumer and processing businesses of what at that point had become, via several mergers, JPMorganChase. By the time he retired in 2004, he was responsible for approximately half of the firm supervising businesses which generated over $18 billion of revenue and comprised over 60,000 employees. After a brief retirement spent on a variety of projects he returned in 2007 first as Chairman, and then CEO of E*Trade. He has also served since 2006 as Senior Adviser to the Securities Industry and Financial Markets Association.

Steven Levitt received his Ph.D. from the MIT Economics Department in 1994. After three years as a Junior Fellow at Harvard’s Society of Fellows, he joined the faculty at the University of Chicago. He is currently the Alvin H. Baum Professor of Economics and the Director of the Gary Becker Center on Chicago Price Theory. Steve’s pathbreaking research on the economics of crime and on political economy was recognized with the 2003 John Bates Clark medal of the American Economic Association, an award presented every other year to the outstanding American economist under the age of 40. In 2005, Steve distilled many of his research findings into a runaway best-seller, Freakonomics, which he co-authored with Stephen Dubner. The book has been on the New York Times bestseller list for over two years, and it has influenced both the direction of economic research and the popular perception of what economists do. Levitt’s work has pushed the boundaries of economics to explore issues as varied as corruption in professional sports, organizational behavior in drug gangs, and cheating by teachers who “improve” their students’ scores by modifying their answers on standardized tests.

Robert Merton received his Ph.D. from the MIT Economics Department in 1970 and joined the finance faculty of MIT’s Sloan School of Management, where he became a full professor at age 29 and in 1980 was named the inaugural J.C. Penney Professor of Management. Many of his students from his nearly two-decade span at MIT have played a critical role in bringing the tools of contemporary asset pricing to a wide range of applications on Wall Street and elsewhere. In 1988, Merton moved to the Harvard Business School, where he is currently the John and Natty MacArthur University Professor. Merton is widely recognized as one of the founding fathers of modern finance theory. He has written extensively on portfolio choice, capital asset pricing, option pricing,and risk management, with particular emphasis on the role of contingent claims analysis. He has also written on the design, operation and regulation of financial institutions. In 1997, Merton and former MIT Sloan School faculty member Myron Scholes shared the Nobel Prize in Economics in recognition of their work in option pricing and derivative security valuation. Merton is a member of the National Academy of Sciences and a former president of the American Finance Association. Through the generosity of Merton’s former students, colleagues and friends, there is now an endowed professorshipthe Robert C. Merton (1970) Professorship in Financial Economicsin the Sloan School of Management.

Christina Romer received her Ph.D. from the MIT Economics Department in 1985. After graduating she became an Assistant Professor of Economics and Public Affairs at Princeton University, and then moved to University of California at Berkeley, where she was promoted to full Professor in 1993 and is the Class of 1957 Professor of Economics. Professor Romer’s earliest work reshaped views of major macroeconomic events of the twentieth century by developing improved data on utput and other measures. She has gone on to become a leading figure in both the economic history and macroeconomics communities, an expert on the Great Depression and on monetary policy. She has been a co-director of the NBER’s monetary economics program, a member of its business cycle dating committee, and a Vice President of the American Economic Association. She is currently employing her talent and expertise on financial crises in public service. She was chosen by President Obama as Chairwoman of the Council of Economic Advisors and is serving in that capacity at this critical time. 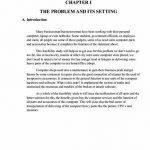 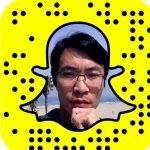 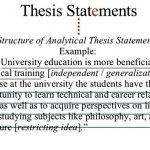 Writing a short essay with a strong thesis 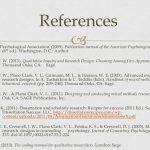 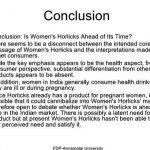